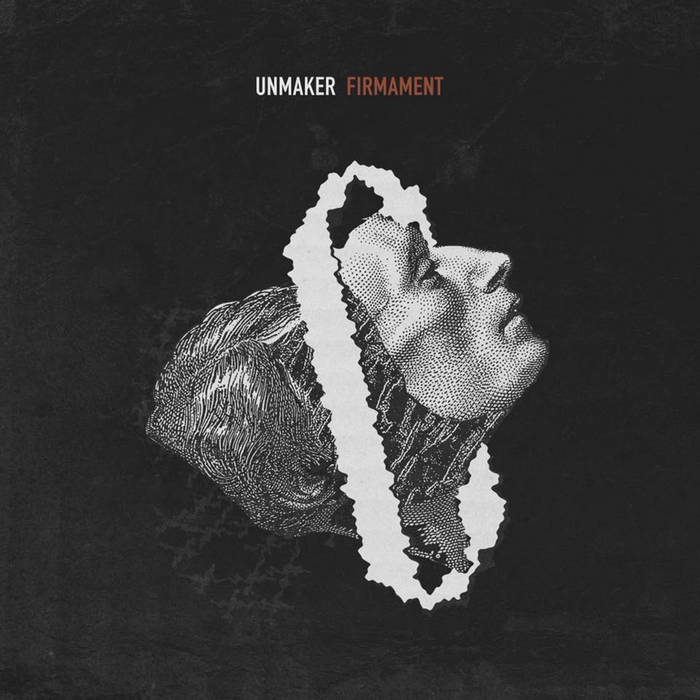 "... I was blown away! Unmaker is much more than I anticipated with their brooding dynamics, their conjuring of influences akin to monumental artists of the past, harrowing a modern vessel for shoegaze death rock."
- CVLT NATION
www.cvltnation.com/unmaker-children-clouds/

"Firmament is by no means a metal album, but what it shares with the genre is disaffection. Instead of translating that feeling to anger or aggression, Unmaker use the sounds of goth rock and post-punk to evoke dread and uncertainty. The tension behind the band’s playing never cracks open into an explosion but simmers right at the breaking point. A great deal of this tension comes from Rick Olson’s work with synths. Though he rarely makes it to the record’s surface, Olson’s ambience combined with Reed’s sharp and insistent guitar playing give Firmament a sense of creeping paranoia. Adding to the uncertainty is the band’s deftness with moving suddenly from major keys, typically happy, and minor keys, typically sad, without settling in either mode."
- Invisible Oranges
www.invisibleoranges.com/unmaker-firmament/

"It shouldn’t come as much of a surprise that I think a lot of the post-punk revival of the last few years is fucking garbage, loaded with garbage people. And that’s a bummer (no pun intended I guess) because this is a genre that’s ripe with opportunity. Fortunately there’s a band like Unmaker and a record like Firmament. They take a lot of the late-’80s Killing Joke feeling and inject a fresh energy to it, kind of a Beastmilk meets The Cult impression. Whatever comparison you can draw to it probably doesn’t do it justice and this record really should be getting a lot more attention. It’s upbeat and fucking miserable."
- Neill Jameson (Krieg / Poison Blood)
NO CLEAN SINGING
goo.gl/Dvym2x

"Fans of The Cure, take note….You’re going to want to hear Unmaker! So, lets start with the fact that Unmaker sound remarkably similar to the classic alternative rock band, The Cure. So what’s wrong with that? Nothing as far as I’m concerned. Vocalist Aaron Mitchell does a great job of channeling the Robert Smith vocal style. Musically, the band goes a little harder with their sound and the guitar has a bit more of a fuzzy tone throughout. ...The band shows incredible promise with this debut release. I am looking forward to hearing more from Unmaker in the future, as they certainly are undeniably talented and memorable. This the best new alternative, gothic rock album you’ll hear this year, hands down."
- XSRock
xsrock.com/unmaker-firmament-review/

UNMAKER was born in late 2015 when Jim Reed guitarist of Richmond metal-punk command OCCULTIST met future vocalist Aaron Mitchell (SLOWING, CRATER) at a local punk dive and the 2 bonded over discussions regarding playing music outside of the strict confines of punk & metal. Soon after, Jim recruited 2 of his OCCULTIST band mates: Brandon Whittaker (drums) & Kent Jung (bass) along with local noise freak, Browning Stinson Keister (synth). They started playing shows in May of 2016. UNMAKER decided first to focus on taking the time to be a solid live band before recording and went on for the next year sharing floors/ bills/ deli-trays with acts such as: DRAB MAJESTY, BLACK MARBLE, THE VIBRATORS, THE BELLICOSE MINDS & TELEVISION. Mini-tours were also done w/ SHADOW AGE, WAILIN STORMS & DESTROYING ANGEL along with slots on National Festivals such as: HOPSCOTCH, GWAR-B-Q & SKULLFEST 9.

In late 2017 UNMAKER entered THE WARD studios to craft their first full-length entitled “FIRMAMENT” with engineer & producer Rick Olson (SHADOW AGE, BLEACH EVERYTHING, UNSACRED). It consists of 9 songs distilling atmospheres drawn from the murky, blurred edges of early post-punk, new wave & goth along with updated sonic plot-twists informed by influences well outside of those realms. Mastered by Dan Randall at Mammoth Sound Mastering in the Winter of 2018 to have more of a cinematic stereo image rather than just compression slammed volume, “FIRMAMENT” aims to be a headphones experience as well as a something that can be cranked loud in a room with the walls painted black. UNMAKER has plans for a full U.S. tour to support FIRMAMENT and has another EP’s worth of material already in the pipeline.

Bandcamp Daily  your guide to the world of Bandcamp

Khruangbin and Greg Foat stop by with their amazing new LPs.